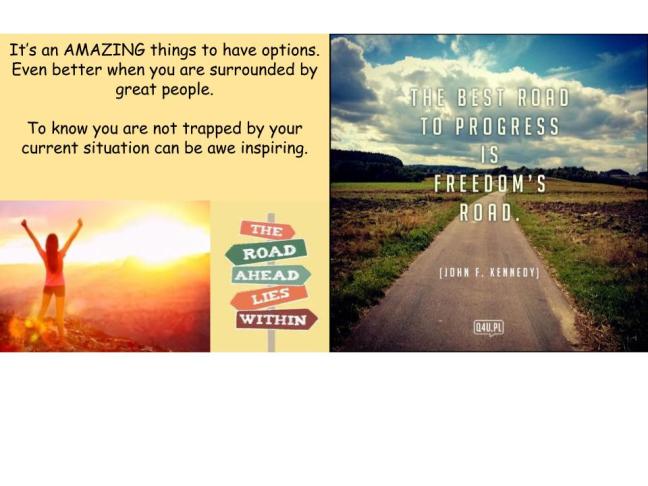 Do I stay or do I go?  Tracy Chapman’s song “Fast Car” came on the radio the other day and really got my mind going.  I do not have to stay here and continue with this craziness.  I am blessed to have options to leave the state and end the cycle for both my daughter and I.  Major catch, I doubt BA would survive it and his relationship with our daughter would be what?

Here we are in April of 2017 and once again headed back to court.  A JUDGE made a ruling, and he filed for another modification.  In the dumbest way possible and it won’t change anything, but I still have to go.   I have taken another day off of work for something I know is pointless and should last about 5 minutes… actually should not be happening at all. Knowing full well when we leave this court date, another will arrive in the mail shortly thereafter.  It will continue much like last year and continue to create ongoing animosity that I have done everything to avoid, or I move back to Florida.

BA would have a difficult time dragging me into court every 5 minutes just to get defeated because he doesn’t understand that he is wrong.  At this point I have 30+ pages of documented incidents of how he harms, mistreats, and neglects our daughter.  I can prove how being in Florida would enhance both our lives and allow us to thrive.  I can fill the courtroom with people and documents supporting how it’s in the best interest of everyone.  Right down to a letter from my co-parenting therapist stating my only downfall in 2.5yrs is trying desperately to work with someone who refuses to for the sake of our child.  The records of how BA and KK cannot hold jobs for more than 1.5 yrs at the same place and his refusal to get a job after being fired because he wanted a “Government Funded Vacation”.

So why am I still here and why I have I fought so hard to stay up here?  Truth is the biggest reason is to honor what my Mother did for me.  She never kept me from my Father, she never spoke poorly of him, and she always allowed the freedom for us to have a relationship.  It was hard with his job and other family, but he was able to always make me feel loved.  BA can’t do that in the same state no less of we move.  Although I would do everything possible to have her come up and spend summers with him, I doubt he would make that easy.  He never calls her now, nor skypes her when she has been away for a week.

I also hate the heat of Florida, but would probably adapt again.  My siblings are up here and have 3 girls between them.  My daughter would never get a chance to see them unless they were coming down to Disney.  My Father is my only living parent, not that I get to see him often… especially with all of these crazy things going on.  I have built a good life up here and could do the same down there, but I would have to take my daughter further from her Father.  The thing I have been fighting for most since I kicked him out 4 years ago.  For him to have a relationship with our daughter and participate in her life. Ultimately, that is up to him.

I have built bridges, swallowed pride, been uncomfortable and giving, but in return have been given nothing but anger and hate.  My daughter does not deserve to see and feel the things she does with him local.  She deserves to be happy and a child.  He has become the worst parts of both of our Mothers and broken every promise he made to my daughter before and after she was born.  To add fuel to that fire, KK is the last person who should have anything to do with raising a female.  Weak, desperate, anger management issues, does not live in reality, sheltered, naive, selfish, inept as an adult woman and ultimately the opposite in every way of how I want my daughter raised.  She is not a bad person, just a very sad and clueless female.

I am VERY lucky to have the option of choices.  I am grateful for everyone and everything that allows me to not be trapped in any situation.  Not everyone is as lucky as I am.  I have an amazing and resilient child who is honest and strong.  I am legitimately to a point where the only way I have left to stop the crazy is to go home.  Co-operation has not worked.  Flexibility has not worked.  Facts and truths are glaringly ignored feeding into his undeserved feeling of martyrdom. That martyrdom somehow empowers BA to continue the crazy for he feels justified that I am the villain.  In the meantime our daughter feels afraid of him and torn.  That is no way to raise a child.

I’ve got a fast car,and I do need to make a decision.  Luckily I do not have to do it tonight, but soon.  My daughter and I will not live this way, I refuse to allow her childhood to die this way.

To know that you’re options create not only freedom and opportunity, but also may have severe repercussions is difficult.

We are close to NY, NJ, DE, and all the shiny happy people and curious experiences that are available. However the flavor of Miami still calls me.